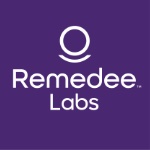 What they do
Remedee Labs is a startup at the crossroads of scientific research and technology. The three co-founders, Jacques, David and Michael, are experts in the areas of micro and nano medical technologies and biomedical research. They decided to combine that scientific knowledge with on-the-edge silicon technology breakthroughs to drive a new, more effective way for people to use their body’s own resources for personal health.

Together with an international team, they have developed the first personal endorphin stimulator using advanced millimeter wave technology for electronic pain management. The solution is based on the company’s patented Microelectronic Endorphin Trigger (MEET) module, the first miniaturized millimeter wave-emitting module for medical usage. It is smaller than the end of a ballpoint pen (see the picture on the left) and can be integrated into ultra-small wearable device, making it extremely easy to use. Multiple clinical trials are already underway in European hospitals and research centers.

How we met
Olivier got introduced to Remedee by our friends at the hardware club when he explained that consumerization of healthcare was one of our investment theme. Indeed, we believe that software, data and the miniaturization of electronics will allow new healthcare devices to emerge, directly used the patient rather than the doctors/hospitals.

When Pascal first met Jacques in Paris and – as usual – enquired about his family background, they realized they were from the same region, Alsace, in the East of France. So when Olivier flew down to Grenoble to spend more time with the founding team, Jacques made sure to order Alsacian wine.

C4 Ventures doesn’t usually invest at such an early stage of product development but the quality of the founders and the sheer size of the market potential led us to make an exception!